As far as raising one’s profile goes, a choir can’t get much more conspicuous than performing at the Welsh Proms on the stage of the National Concert Hall of Wales, following an invitation from its founder Owain Arwel Hughes CBE. Ah well, maybe next year… We were privileged to get a foot in the door, however, by singing on the front steps of St David’s Hall on Wednesday 23 July, serenading the audience as they arrived for the ‘Romantic Prom’.

MD Dave was inspired to get in touch with St David’s Hall to offer support, following an open letter from Owain Arwel Hughes to Cardiff Council in which he called for those concerned about the Welsh Proms and arts in Wales to rally round and do something to promote good audiences. In a gesture of conductors standing shoulder to shoulder in defence of the future of the Welsh Proms, Dave cancelled Wednesday night's rehearsal to stage an impromptu concert on The Hayes. 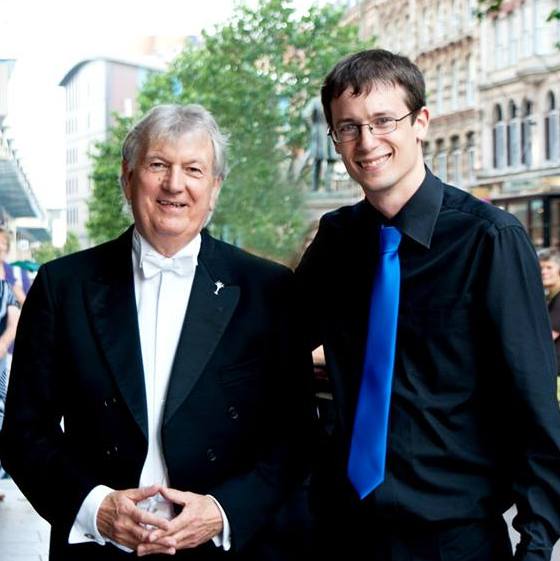 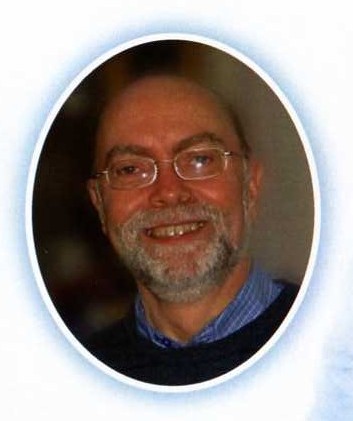 'Thank you for the music, the songs we're singing.

Thanks for all the joy they're bringing.'

We've made headlines in the 'Times' this week. Penarth Times kindly published a piece announcing the happy news that Spectrum have found a new musical director and that we're on the threshold of our debut performance together on the steps of St David's Hall in support of the Welsh Proms next week. Read on... we're under the open gardens. 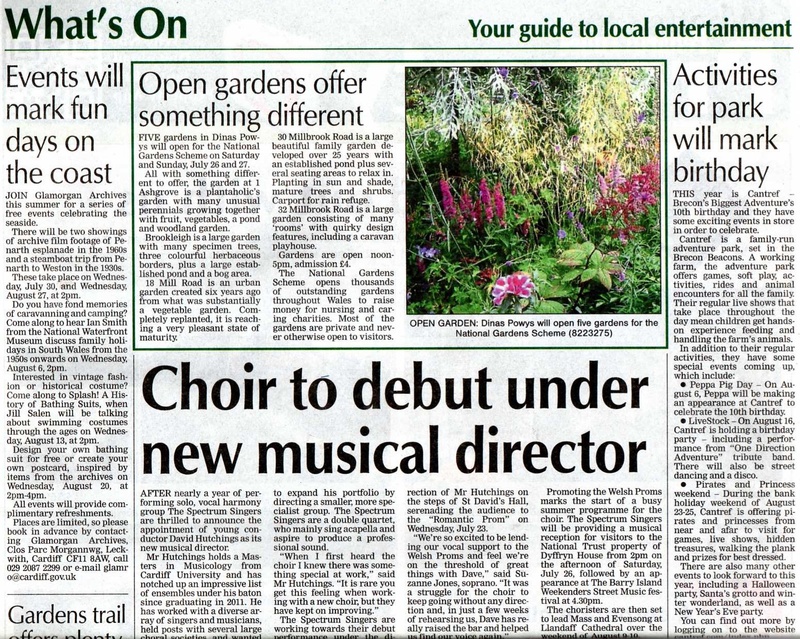 Spectrum have been pushing the musical envelope in rehearsal this week ... and coming unstuck.

We kicked off music practise with a fabulous free warm-up from Total Choir Resources based on the chorus of ‘Rhythm of Life’ from Sweet Charity. The accompanying rehearsal notes suggested singing it as a round, starting with the base line and layering up, voice by voice, to full six-part harmony.

The verdict from one of our chorister’s offspring, who happened to be eavesdropping, was that we sounded like singing monsters. It turns out that this tweenage comment was not quite as dismissive as it first appeared. What she meant was that we sounded like 'My Singing Monsters', a horribly addictive app that allows you to breed your own band of hairy choristers. After listening to them, I concede she might have a point...

Not content with singing monsters, George then introduced us to singing Mongolian-style using overtone and undertone vocal techniques that he’d heard on Radio 3’s Sunday afternoon programme 'The Choir'. It simply has to be heard to be believed: yurt at the ready.

I think in the future we’ll stick to the good old British Choral Tradition; it's what we do best.

Well, it was less 'Song of the Dawn' (one of our jazzy numbers) and more handbags at dawn as singers fought over their favourite colour of scarves and ties at rehearsal this week...

The wardrobe mistress had decreed it was time for some shiny new accessories to coordinate with our bright new musical director, in readiness for our debut engagement together at Dyffryn House in July. The light programme of music with which we will be greeting visitors to the National Trust property on the afternoon of Saturday 27 July is slowly taking shape, as David rigorously exercises our musical muscle at choral bootcamp each week.

This week he pitched a piece by James MacMillan for us to add to our repertoire, sung here by Adult Choir of the Year 2012 Surrey Hills Chamber Choir. '"O Radiant Dawn" is gorgeous when sung well,' commented David, laying down the musical gauntlet. Let's hope that we can make it just as pretty as our vibrant neckwear then. First dibs on the pink one!

Knotted handkerchiefs and sticks of rock at the ready... The iconic sculpture 'Beside the Seaside... Beside the Sea' positioned on the causeway leading to Barry Island has been undergoing restoration recently, but the Vale of Glamorgan have announced that it is set to be put back on public display by the end of May.

Created by renowned sculptor John Clinch in 1995, who sadly died in 2001, the fibreglass artwork is being restored by another internationally recognised artist, Sebastien Boyesen, as part of the ongoing regeneration of Barry Island.

Considering that The Spectrum Singers celebrated their tenth anniversary with a treasure hunt around Barry Island, with one of the clues pointing to Clinch's artwork; that the scupture's title corresponds to one of our most popular barbershop numbers; and that the history of the sculpture mirrors the choir's, including that (fingers crossed) we are being restored under the baton of another conductor, I feel a flash mob coming on to mark the occasion...

If, like us, you've had your ears glued to Classic FM's Hall of Fame countdown over the Easter weekend, you'll know that Gregorio Allegri's one-hit wonder 'Miserere' was voted the nation's favourite choral piece.

Legend has it that we owe today's listerning pleasure to Mozart, who transcribed the whole piece from a single hearing of Allegri's 'Miserere' sung in the Sistine Chapel.

Written for two choirs, one of five and one of four voices, performing in separate spaces, the 'Miserere' is a heavenly setting of Psalm 51: 'Have mercy upon me, O God, after Thy great goodness'. The first choir chants a simple version, while the second sings an ornamented 'commentary' on the plainsong.

Check out the Singers page to discover which of our members, who lists the piece as their choral highlight, could have helped bump 'Miserere' up three places to its highest ever position at number 10 in the annual chart by repeatedly clicking the 'Vote now' button...

One choral fix a week just isn't enough for some of our singers who have been moonlighting at large scale gigs recently.

Last Saturday, our 'for-one-night-only' guest conductor friend, James Bingham, led Cavatina in hosting 'Come and Sing: Creation', a sing-it-from-scratch choral event featuring Haydn's masterpiece 'The Creation'. The oratorio heralds the creation of the world based on descriptions in the Biblical book of Genesis and in Milton's epic poem 'Paradise Lost'. Our singers lent their voices to the chorus and were particularly impressed by the bass soloist, who is a member of Only Men Aloud.

Another of our singers will be performing with Cambrensis in 'The Glory of Easter', a celebration in words and music at St David's Hall, Cardiff on 19 April. Sounds like it could be a joyous occasion ... perhaps this time we could lend our ears in support of the sound rather than our voices!

With the news that Queen's Greatest Hits is the first album to sell 6 million copies in the UK Spectrum is dusting off its copies of 'A Tribute to Queen' featuring musical highlights from some of the album's most iconic tracks.

It is estimated that the1981 album now forms a part of the record collection of one in four families in the UK. It is a compilation of 17 best-selling singles from the British rock band's first 11 years in the charts. Figures from the Official Charts Company reveal it has been downloaded 124,000 in the UK, so is clearly appealing to new generations of fans and has become part of the nation's musical heritage.

'A Tribute to Queen' is one of the last pieces that Stuart arranged for our voices and we only tackled it in rehearsal a couple of times. It is a vocal compilation of the album's best loved tracks including We Will Rock You, Another One Bites the Dust, We Are the Champions, Bohemian Rhapsody and Somebody to Love.

Talented young conductor James Bingham took time out from his busy rehearsal schedule for Only Boys Aloud to give an inspiring master class in solo ensemble singing to Penarth-based a cappella group The Spectrum Singers tonight.

Mr Bingham volunteered to help Spectrum find its voice again, after suffering the loss of its founder and musical director Stuart Edwards, who died suddenly last year. The group’s remaining singers have continued to meet on a Wednesday evening and are now launching themselves as a solo ensemble to preserve the legacy of music Mr Edwards arranged for their voices in 8-part harmony.

One of The Spectrum Singers’ original 2001 line-up, Shelagh Greenland, also sings alto with Cavatina and was recently involved in appointing Mr Bingham as its new Director of Music. She said: ‘James had that spark of inspiration. He’s brought such energy and fun to the choir; I haven’t laughed so much in years! When he heard that Spectrum’s future was in jeopardy he agreed to help us out.”

Mr Bingham is team captain of the Cardiff division of Only Boys Aloud, 2012 finalists of Britain’s Got Talent. The director of Only Boys Aloud, Tim Rhys-Evans, conducted The Spectrum Singers as part of a massed choir of 1,000 voices in recording the BBC Songs of Praise 50th anniversary service from Tabernacl, The Hayes in 2011.

The Spectrum Singers has performed on stage as part of Penarth’s town festivals, broadcast on BBC Radio Wales and sung choral evensong at many of the country’s greatest cathedrals including Bath Abbey and Llandaff. Experienced singers with the ability to read music that are interested in joining the group are invited to enrol for a rehearsal at www.spectrumsingers.vpweb.co.uk/contact.